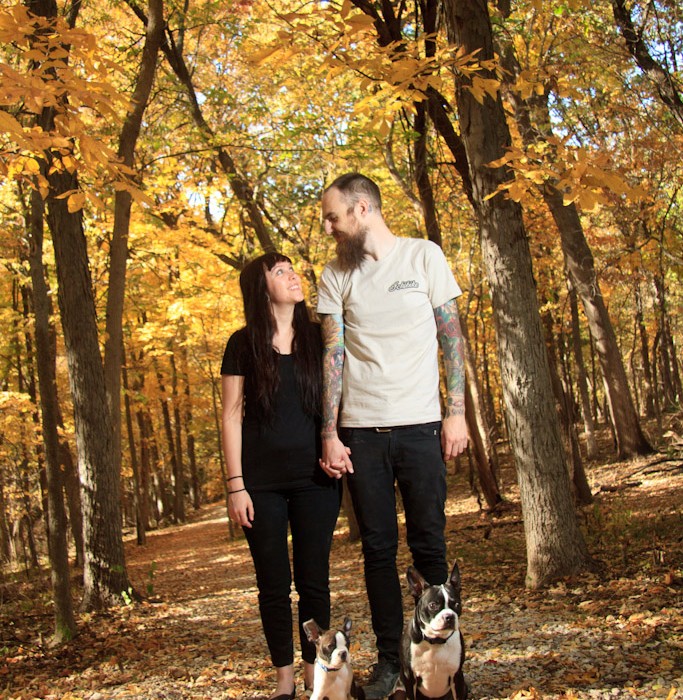 A few weeks ago, we photographed Whitney and Michael out at Jester park with their two adorable dogs, Bronson and Bug. Bronson was only 4 months old and Bug is 6 years old. They are both very relaxed, easy going dogs. Very much like their owners! I’ve never seen a puppy that was so relaxed and non-hyper as little Bronson. This photo of Michael holding him is one of our favorite from the session.

Such a cute moment as Bronson was trying to play with Bug as they were walking.