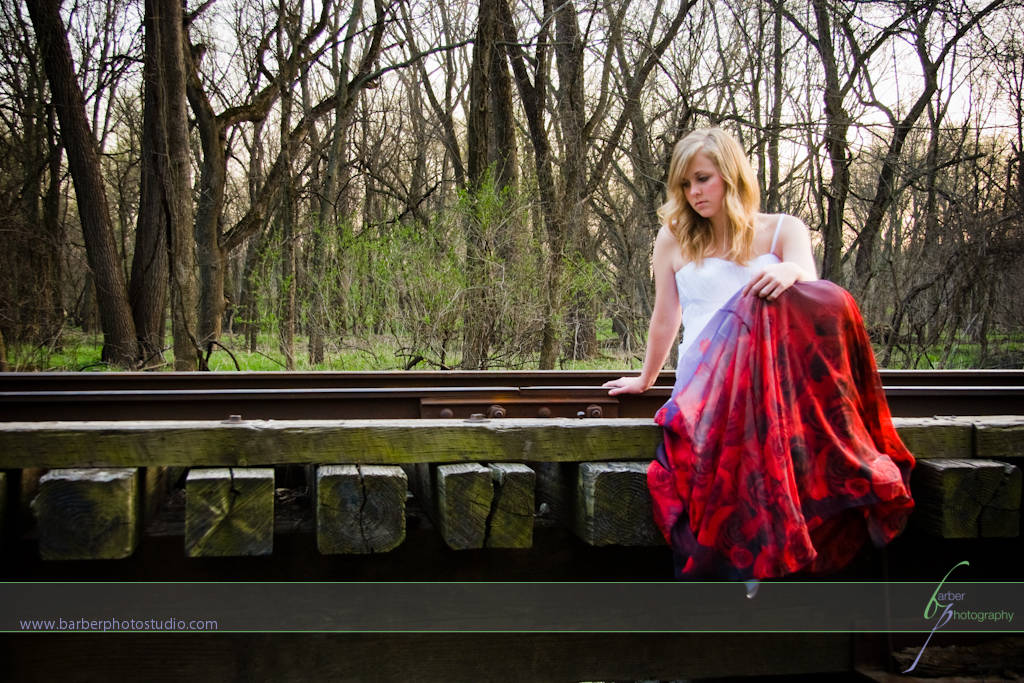 Here are some more photos we took from Hayley’s session.  There is a trend with wedding photographers going on right now called “Trash the Dress”.  It is a session where a photographer takes a bride out after her wedding and does some edgy, fashion photos of her, a lot of times getting her dress dirty.  The idea is that brides usually get their dress professionally cleaned after their wedding so this allows for a fun, unique session before she has that done.

I had an idea of doing a Trash the Dress session with Hayley.  Having her in her prom dress in a woodsy area by the railroad tracks.  I didn’t want to do anything too crazy to get Hayley’s dress dirty before prom, but I liked the idea of a pretty dress in an unlikely setting.  I talked the idea over with Hayley and she loved the idea.

This was another new idea of ours we had tried on Hayley.  That’s something that we love about spokesmodel sessions is that we’re able to try some ideas and see how they work.  Hayley had mentioned that she loves dancing and liked the idea of having a disco ball in her photos.  We took a series of photos that had this theme of fun and colorful backgrounds that fit Hayley’s personality well along with a night time look to them.  Hayley was excited to have something new done in her photos that her other classmates wouldn’t have seen before.

More photos to come from Hayley’s session on Monday!